The constituents of the atom are protons, neutrons and electrons. The protons and neutrons (nucleons) are found in the nucleus of atoms. The nucleus of an atom is surrounded by empty space in which there are electrons. 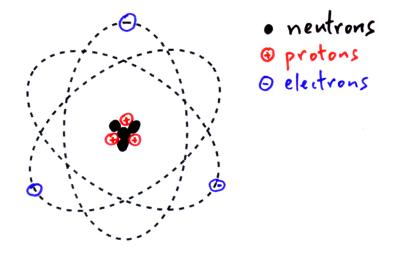 Isotopes are  atoms which have the same number of protons but different numbers of neutrons.  Isotopes are all atoms of the same element. We can see below that uranium-238 still has 92 protons  but it now has 146 neutrons so its nucleon number is now 238.

If you divide the charge (Q) of a particle or atom by it’s mass (m) then you will have found the specific charge in coulombs per kilogram (C kg-1).

Q1) what is the specific charge of a proton at rest. 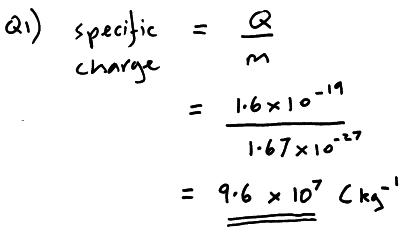