Closest distance of approach of an alpha particle

We can then work out the closest distance of approach of the alpha particle to the nucleus.

We can achieve a better estimate of the size of a nucleus by looking at the angle qm to the first minimum when electrons are diffracted by a foil target.

where l is the wavelength of the electrons.

From experimental data the equation below has been derived. 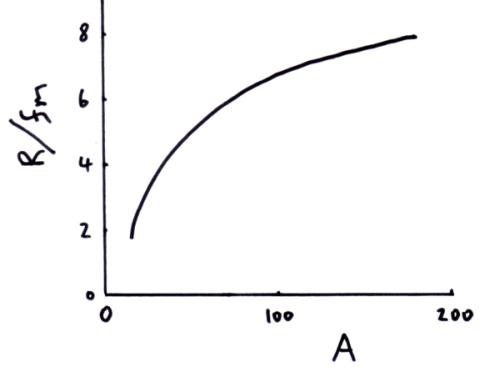 By assuming the nucleus to be a sphere we can calculate the density of the nucleus.

Using the equation for nuclear radius from the section above

Density can be found using the equation below;