The electromotive force (e) or e.m.f. is the energy provided by a cell or battery per coulomb of charge passing through it, it is measured in volts (V). It is equal to the potential difference across the terminals of the cell when no current is flowing. 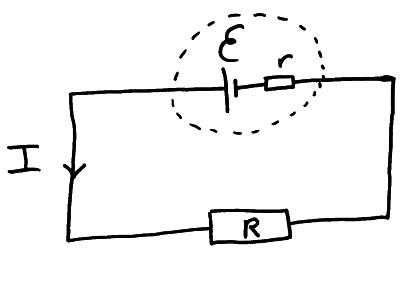 We can rearrange the above equation; 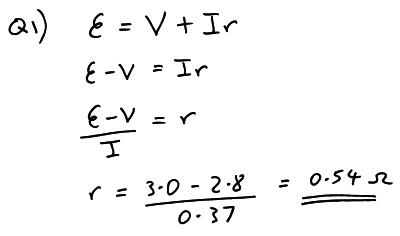 A graph of terminal p.d. against current

If we plot a graph of terminal potential difference (V) against the current in the circuit (I) we get a straight line with a negative gradient. 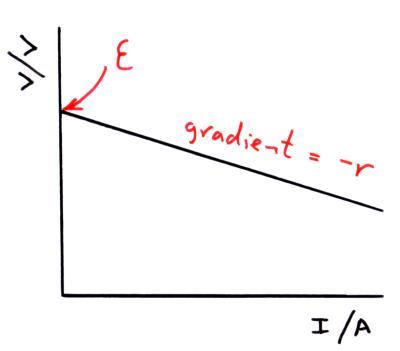 We can them rearrange the e.m.f. equation from above to match the general experesion for a straight line, y = mx +c. 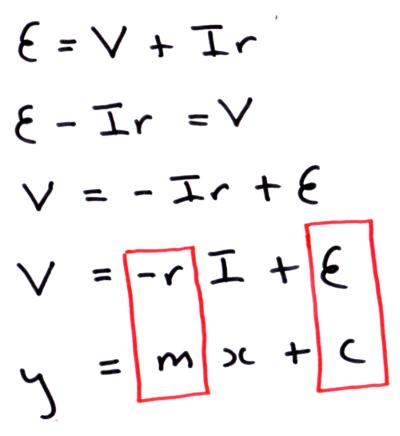 We can see from the red boxes above that;