A scalar has only a magnitude (size) whereas a vector has both a magnitude and a direction.

Vectors which act in the same direction or whose directions are exactly opposite to each other are easy to add together but you must take account of their directions.

Adding vectors which act at 90o to each other

We can use Pythagoras’ theorem and trigonometry to find the resultant of the vectors and the direction it is acting in. 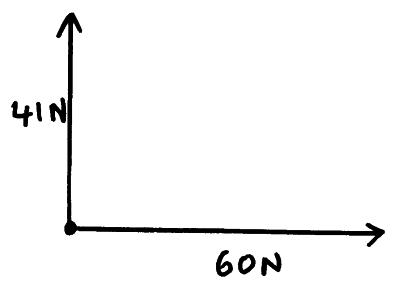 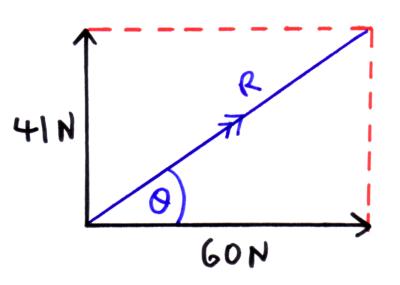 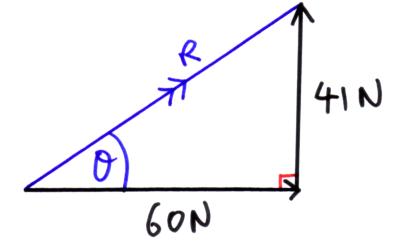 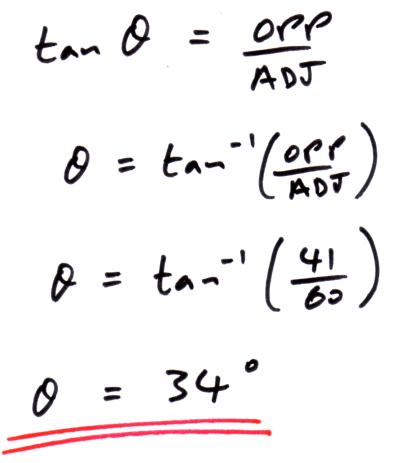 Click this link to go to forces in equilibrium.