Every type of particle has a corresponding antiparticle, for example;

The positron for example has the same mass as an electron but it has a positive (+) charge whereas and electron has a negative (-) charge. 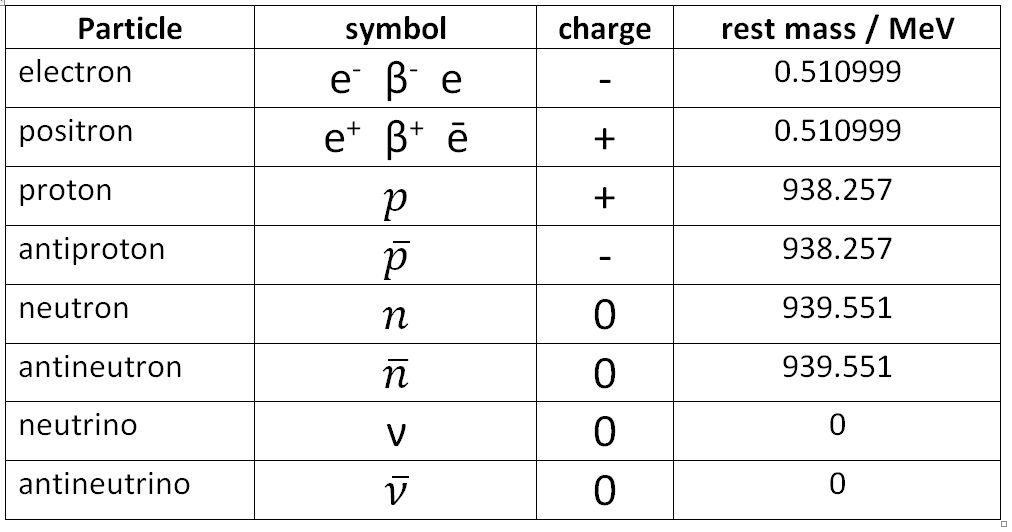 When a particle and its antiparticle meet each other they annihilate each other. Their mass is converted into energy in the form of photons.

High energy photons can produce  a particle and its antiparticle, this is called pair production.

Example; A gamma  photon with enough energy can produce an electron and a positron.

Electromagnetic radiation (like gamma rays, x-rays and visible light etc.) have wave properties and they can also behave as particles, these particles are called photons.

The energy (E) of a photon depends on its frequency (f).