Here the graph curves because as the filament heats it’s resistance goes up.

A diode only allows current to flow in one direction through it (forward biased), when the current tries to flow the other way (reverse biased) no current is allowed to flow through the diode. 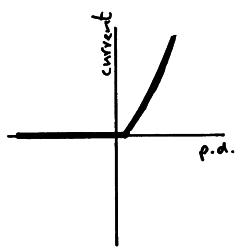 An Led emits light when a current flows through it.

These are being used more and more for lighting as they require a much smaller current than a filament bulb and that saves energy. 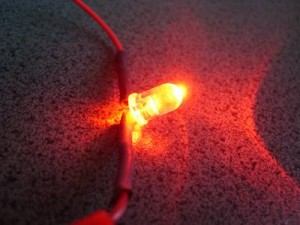 The resistance of a thermistor decreases as it’s temperature increases.

Thermistors can be used as thermostats, the thermistor is used in circuits which monitor and control the temperature of rooms, freezers & fridges etc. 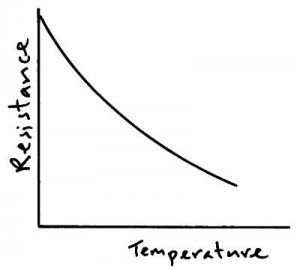 The resistance of an LDR decreases as the light intensity falling on it  increases.

LDR’s are used in circuits which automatically switch on lights when it gets dark, for example street lighting. 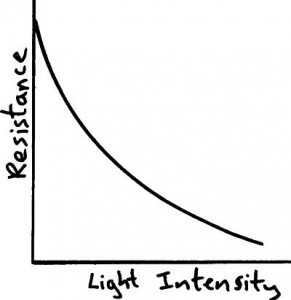 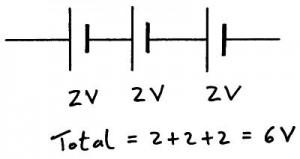 When resistors are in series with each other there total resistance is just there individual resistance added together. 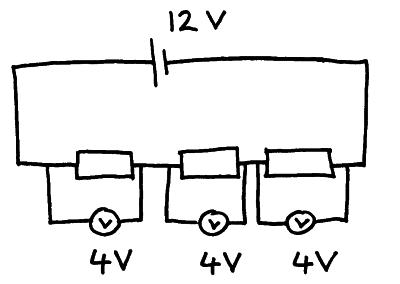 If the resistance are not equal they may have different amounts of potential difference across them but when added up they must always equal the p.d. supplied by the cell. 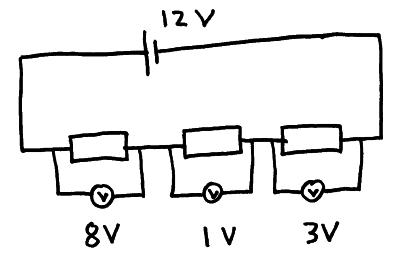 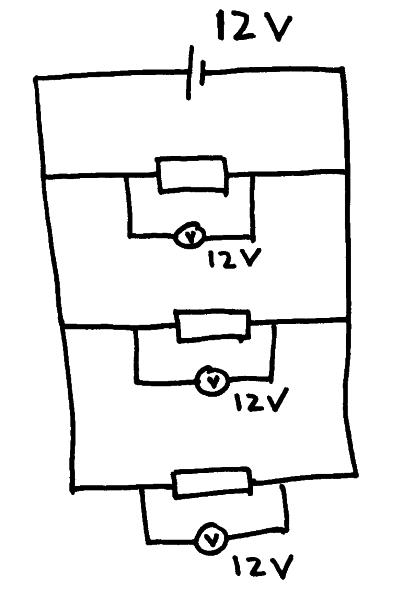 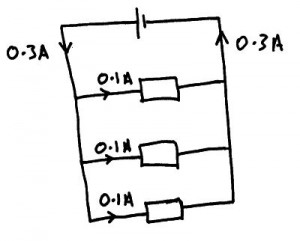 If the components have different resistances then the current through each component may be different but it when you add them together they must add up to the total amount of current leaving the cell. 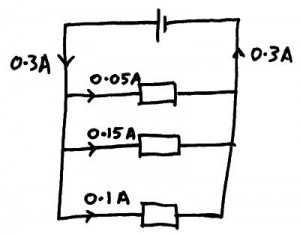